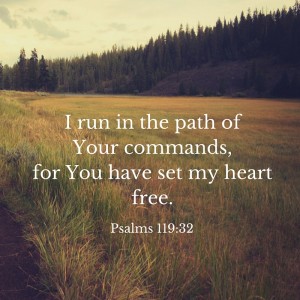 Hello to my readers, my friends, my family, and anyone in the romance industry who sees this:

In late 2012, after the Sandy Hook shooting, I turned to God for answers (as did many others). Quick background: I was born and raised Jewish and was even practicing Orthodox Judaism for a few years around the time I met my husband in 2004. I kept kosher best I could, wore the long skirts, went to Shabbat dinners at the rabbi’s house, and found my husband on Jdate, a Jewish dating site. I did all this in my ever-present quest to be closer to God. Unfortunately the harder I tried the further from God I felt. It wasn’t working, so I tried harder. After three years I felt more separated from God than before I started my attempt to practice all the laws of the bible (specifically the Torah, the first 5 books of the Old Testament). When my Dear Husband (DH) was ready to be more relaxed in our approach to Judaism, I was ready with him — I stopped trying to earn my way into God’s good graces.

Back to Sandy Hook. I promise it relates to why I’m no longer going to be writing erotic romance, although I’m sure many of you can guess at this point. For the first time in my life while reading the bible, numerous Messianic prophecies in the Old Testament (especially the books of Isaiah and Micah) just jumped out at me like crazy. I thought, “From the little I know about Jesus (mainly from the musicals Godspell and Jesus Christ Superstar), these Messianic prophecies actually sound a lot like… Jesus.” Which then made me think, “Oh no.” Because that meant I had to read the New Testament to find out for sure, which is a pretty taboo thing for an Orthodox Jewish girl to do.

When I opened the New Testament and read about Jesus, something clicked. I then spent several months trying to ignore what I had just learned — that there were 333 Messianic prophecies in the Old Testament, and that Jesus had fulfilled Every. Single. One. The statistical chances of that happening are astronomically low to the point of impossibility. Yet Christmas rolled around and I did what I always did — ignored the holiday and lit the Chanuka menorah instead.

It took me a while to warm up to the idea that, while I would always be Jewish by birth and race, down to my very DNA (97% Ashkenazi Jewish, just like my DH), that I was now of the belief that Jesus was the Messiah I had previously been waiting for. That made me a Jewish Christian. If you are Jewish and want to infuriate everyone in your family, try telling them the Good News. As far as my mom and dad (and siblings and extended family etc) were concerned, it was awful news.

In late 2013 DH and I were living in Idaho, attending church weekly, also attending bible studies weekly, and a woman’s group weekly for me as well. For the first time in my life, I put up a Christmas tree December 2013. After about a year we got baptized, and DH started playing guitar in the church band. This whole time I had been easily able to separate my “real life” (including my spiritual life), from my writing career. Especially since at church, few people knew I was Shoshanna Evers since I go by my married name.

Those who knew I wrote secular romance novels, like my friends from church, wouldn’t read my books. I was fine with that since I knew it wasn’t their thing. No one chastised me about it (except for one random girl I didn’t know, and I thought she was just being stupid), but I found myself justifying my career anyway. “It’s just fiction,” I’d say. “No one’s actually ‘sinning’ in real life, anyway.” When I met up with other writers, I’d joke about how I’d go to church in the morning and write hot sex in the afternoon.

At some point it just stopped being funny to me. I felt, to put it in “Christianese,” convicted. As if God wanted me to feel badly about my hypocrisy so I’d rethink my career.

Though I attempted NOT TO ALLOW my faith to interfere with my successful writing career, my books began having progressively less sex and more God in them with each new book I put out. Not on purpose, mind you. One reviewer recently noted that “when they finally do get to be together, the [love] scenes are tasteful and not over the top.” Could you imagine anyone saying that about a book from early in my career? Never! It became clear that whether I was willing to admit it or not, my books were getting cleaner and more romance and character/plot focused than sex-focused. It wasn’t a deliberate change, it was just happening as I wrote. Once I sat down to think about why I was having so much writer’s block, constantly procrastinating instead of working on my books, I realized why: I’m no longer excited to write erotica or erotic romance.

Maybe I’ve just burned myself out on it by being so prolific over the past five years, or maybe God really has just been changing my heart slowly enough for me to remain open to it. If you drop a frog in boiling water, he’ll jump out. But if you put him in cool water and slowly turn up the heat, the frog will boil to death. Not saying I am a dead frog — just saying that if I had known when I first opened up that bible after Sandy Hook that my career would have to stop immediately, I never would have had the guts to look into Jesus for myself. If my friends at church had told me I was being a sinner by writing my books, I may have stopped going to church, or stopped being friends with them. I’m lucky that instead, this heart-change about what I should be writing versus what I was writing happened over the course of three years. The past three years have given me time to simmer a bit.

While my characters used to jump into bed with each other immediately, now I found myself halfway through writing the book without so much as a kiss happening. I’ve fought this feeling for the past year (2015), because I know what I’m good at, and I know what my readers like. I knew if I changed what I was doing too much, I’d lose most of my readers. Since writing is my full-time job, and it literally pays the bills, losing everything I’ve built in the past five years frightened me.

I’m still scared to death about this. But I’ve also reached a point where I feel like I’m hiding my true self, my true faith, and what I truly want to write. It’s made being Shoshanna Evers uncomfortable for me, because I feel like I am no longer the same person who wrote The Enslaved Trilogy or The Man Who Holds the Whip. So even though I know this is going to be a hard pill to swallow for a lot of my readers and associates, I had to just come clean and say what I’ve been dealing with.
It’s been an identity crisis of sorts: Who is Shoshanna Evers? Do I want to be that anymore? Do I have to be that, or can I reinvent myself?

Now, I’ve changed my answers to reflect my true identity:

My agent, thankfully said that she would support me in this new career direction. Yay!! “I am nothing if not flexible,” she said. UPDATE 12/2/15: We are going to amicably part ways for these new inspirational books, simply because that is not her area of expertise. I’ll find a new agent who specializes in that arena.  Unfortunately, (I knew going in that this would be the case) the six book contract we were in the process of negotiating with a publisher (actually wrapping up negotiations) for a dark romance trilogy and a steamy cowboy trilogy, is no longer going to happen. Thankfully the editor and publishing house were understanding about what I want to write now, and they understand it doesn’t fit what they were looking to publish from me. Nothing personal. I get it; I’m not sad.God opens windows whenever he closes a door.

I have no idea if my readers will want to continue on this journey with me, but I hope at least some will. I want to write romance novels that also include a faith element. To write about people changing completely when God enters their lives, just as my life has changed. There are many authors and readers I love dearly who are not going to agree with the step I’m taking. I still love you dearly, and I want to make it clear that I am not judging anyone who writes or reads erotica or erotic romance. I’m not saying that I am suddenly “holier than thou” and I’m not all of a sudden changed into a prude or a bigot or whatever people think when they think stereotypical Christian. I’m still me, with everything from my past… I still have the same analytical brain that questions everything, and I still love to read books, and to write them. But God’s changed my heart. I want to write for His glory now.

I considered telling everyone I was quitting writing— just shut down my social media and website, and unpublish all the books I have the rights to, and then start fresh with a new pen name. But to me that would be lying. Lying to you guys, and lying to whoever started reading my inspirational romances. Instead, I’m going to move forward with my career as Shoshanna Evers, and let the fact that I used to be a hard-core Jewish erotica author and am now a Christian inspirational romance author be my testimony that God can change people’s lives completely—even when they fight Him every step of the way, as I have done.

UPDATE 12/2/15: I will be writing the new books under the name Shoshanna Gabriel to prevent confusion if/when new readers accidentally pick up an old Evers book. My social media handles will probably have to change as well, so be sure to sign up for my newsletter to stay informed!
UPDATE 2017: Twitter @ShoshnnaGabriel & Facebook.com/ShoshannaGabriel 🙂

If you feel you need to unsubscribe from my newsletter, unfollow me on Twitter, or unLike me on Facebook, I will miss you but I will bear no hard feelings toward anyone who does so. It would be really wonderful if you’d stick with me and unfollow me later on, if you feel I’ve become irrelevant to your interests at some point. ‘Cause maybe you’ll still like me.

In closing, my tagline Sexily *EVERS* After will have to change as well. Now, books by Shoshanna Evers will be Faithfully *EVERS* After  Expect a website redo coming soon as well!

UPDATE 12/2/15: The new tagline will probably be “Faithfully Ever Afters from Shoshanna Gabriel” – not as on point, so if you have suggestions I’m all ears 🙂

Thanks for reading this long diatribe, and I hope you understand why I’m doing this now.

Read the original of the post and comments here.

After taking a long break, I’m back to 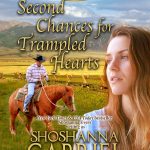